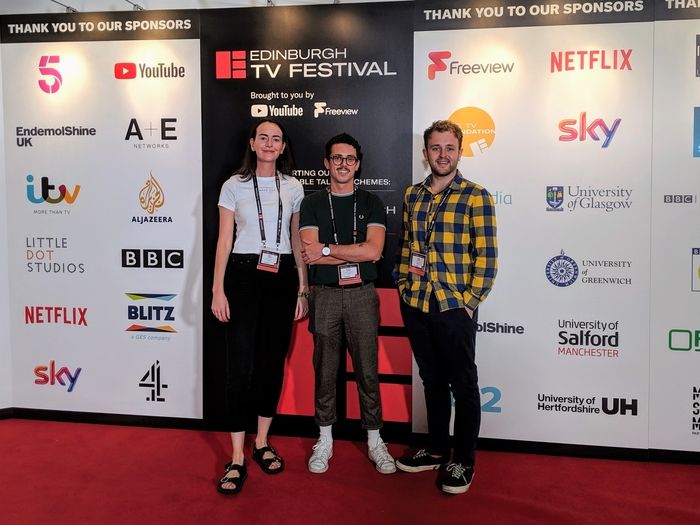 Beth White, Basilio Longo and some guy with the gall to wear a yellow checked shirt at the Edinburgh International Television Festival.

Recently, myself and two friends made a short documentary, named after its star: ISA.

Isa is transgender, she's an engineer, she's Polish, she's a musician, but most of all... she's Mancunian.

The film was made by Basilio Longo, Beth White and myself, over the strict course of one (intense) weekend. The hard work paid off when we found out that it had won the Endemol Shine Short-Cut Film Awards 2019. 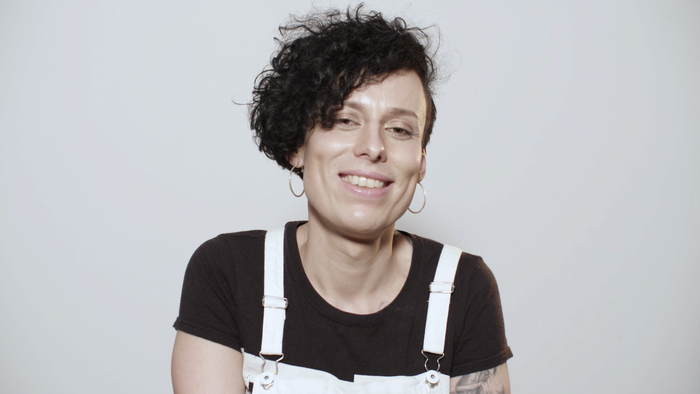 All production teams who entered the competition had one weekend to make their film: we were given a theme ('diversity') at 5pm on the Friday and then had to come up with a concept, find a contributor, shoot the film and edit it all before 10am on the Monday. The three of us were editing all through the Sunday night and, greasy, grumpy and groggy, hit 'submit' at 7:30 on the Monday morning. Hey, two and half hours to spare isn't too shabby in this industry...

The awards were voted on by all employees of Endemol Shine and the top 3 were scrutinsed by a judging panel of industry experts. The verdict was announced by Professor Flitwick himself, Warwick Davis.

Winning the competition would have been more than enough of a compliment, but the cherry on the cake was that ISA went on to be screened at the Edinburgh International Television Festival last week.

Now that the documentary has had an actual screening in a room full of people, we thought it was time to share with the interwebs. So enough text, have a watch:

I'd like to thank Isa for being so generous with her time and story. These are clearly very personal topics, and to sit and share them with me, someone you have never met before, on camera, for 2 hours, is an incredible thing. You are a truly inspiring person who we all loved spending the day with, and we hope you're pleased with our character piece of you.

Now, we must say that this is by no means the end. Yes, we're pleased with what we managed to put together in 2 days, but there's a lot we'd love to change too if we'd had a normal amount of time. Consider this just a 'teaser' - Isa still has a much bigger story to tell...