I'm pleased to release 3 new audio dramas. Spotify podcasts n’ that. Because you can listen to something other than Adele’s new song on your commute. (What do you mean you work from home?)

I wrote/directed Imagination Games, Minibeasts and A Copy of Me. They’ve been bubbling away for quite a while now, with most of the edit happening over lockdown. The dramas star six children from Chester, specifically graduates of Upton Heath Primary School, who I hope you’ll agree did a phenomenal job – they could be professional actors if only they’d got paid… (evil laugh).

All 3 plays are available to stream now on Spotify, YouTube and Apple Podcasts. If you get your podcasts somewhere else... unlucky, but you could always hear them in a room with other humans:

The dramas are going to make their live debut at the Chester Literature Festival, as part of an exciting ‘Cinema in the Dark’ event on Sunday 14th November. The Chester Storyhouse are removing all distractions by playing the shorts in the pitch dark. I will be there for a Q+A with my partners in crime on the project: James Mills (editor/producer) and Hannah Williams (Head of English at the school where our talented actors were found, and artist of the gorgeous cover artwork – see below). Come and ask us anything! All proceeds raised from the event will go to support Storyhouse, who have of course just had their most challenging year in history. You can book tickets here: https://www.storyhouse.com/event/cinema-in-the-dark

A bit more on each of the plays: 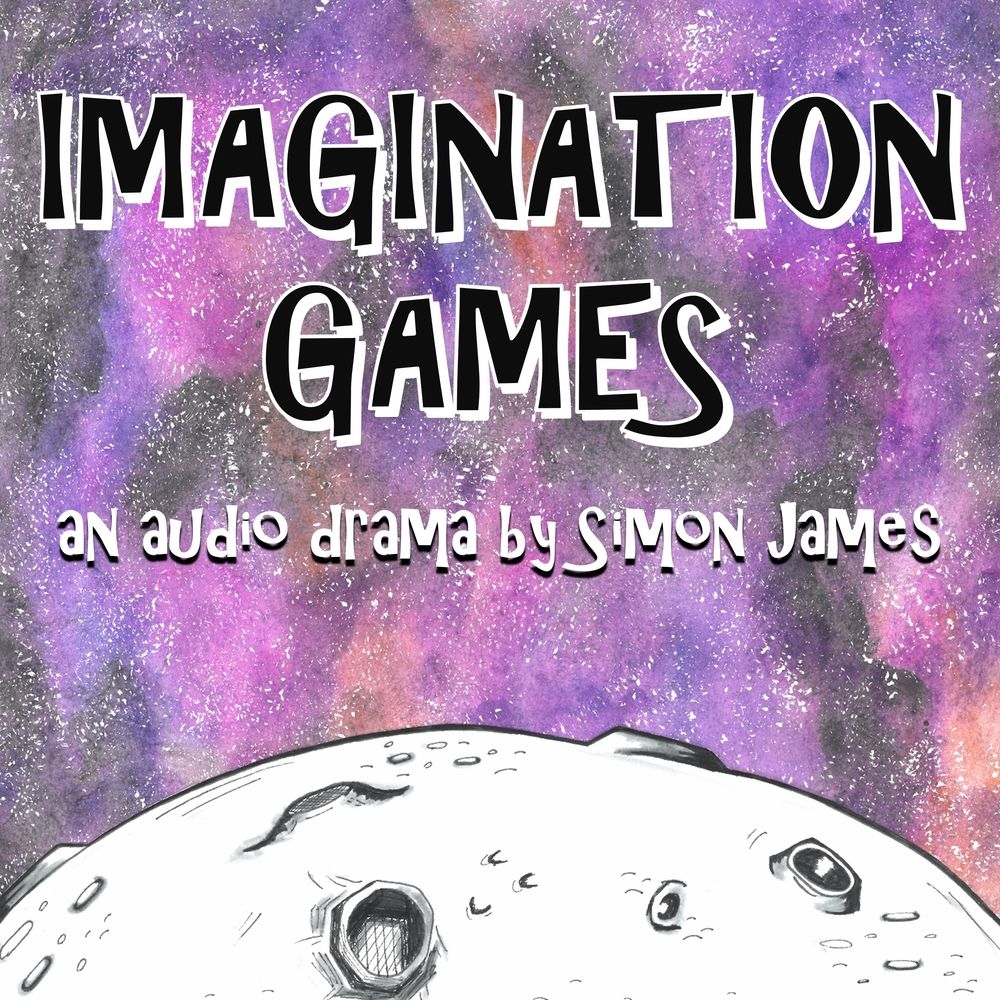 Molly and Sam are best friends who battle robot armies and partake in space travel… all within the comfort of the children’s home in which they live. Molly thrives on teaching Sam the craft of imagination, but will the same rules apply when it comes to creating a life outside of Brook Vale?

Check out Imagination Games on Spotify, YouTube and Apple Podcasts. 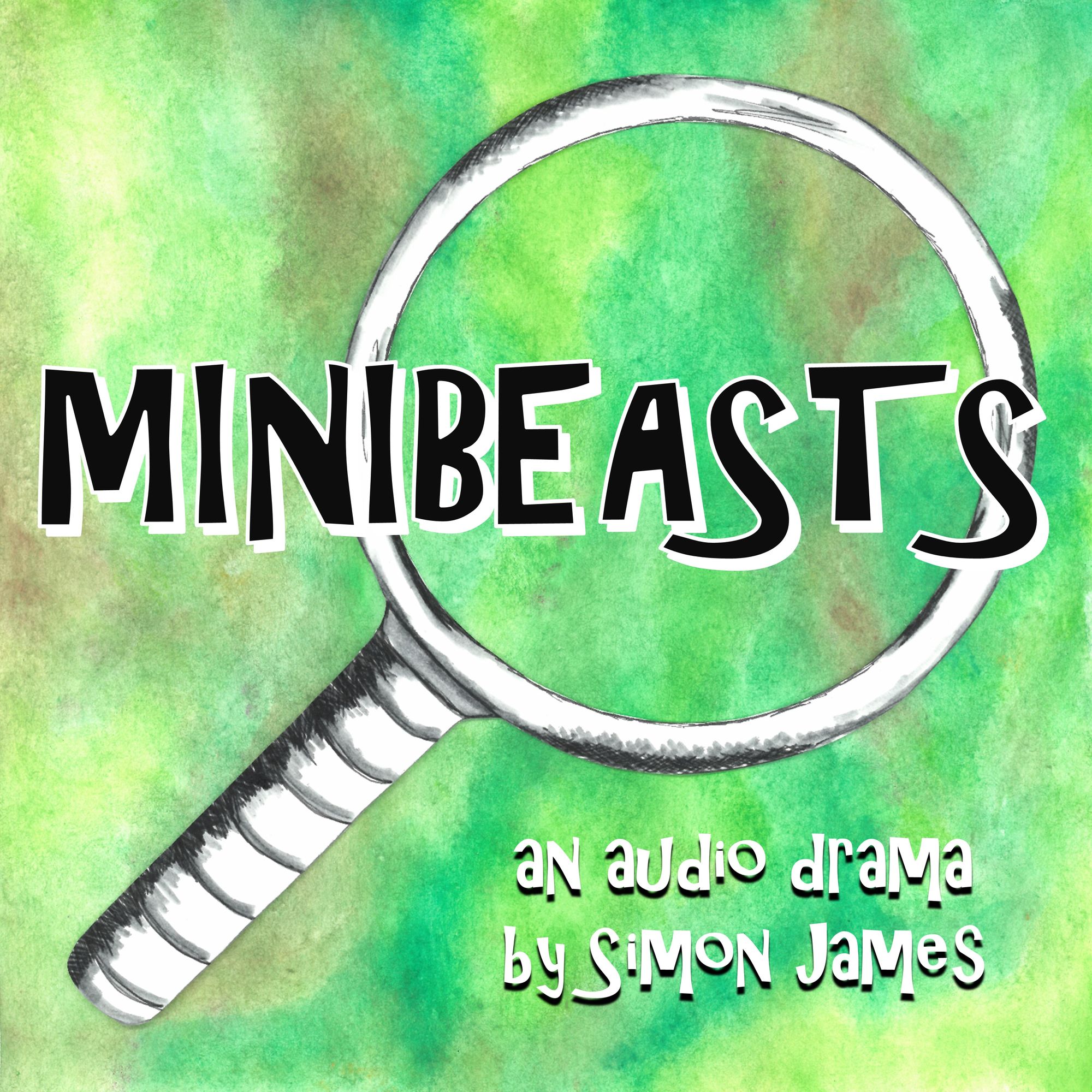 Three primary school friends have found themselves on different tables, all because of their teacher’s new ‘minibeast’ labelling system: they are now Butterfly, Moth… and Worm. After quickly working out the hierarchy of the learning groups, they start to realise that their designated minibeast may be a more permanent part of their identity than they first thought.

Starring Eden-May Woolford as Butterfly, Ben Nelson as Moth, Eira Ainsworth as Worm and Hannah Williams as Miss Bailey. James Mills was the producer, and music was by Kevin MacLeod.

Check out Minibeasts on Spotify, YouTube and Apple Podcasts.

A Copy of Me 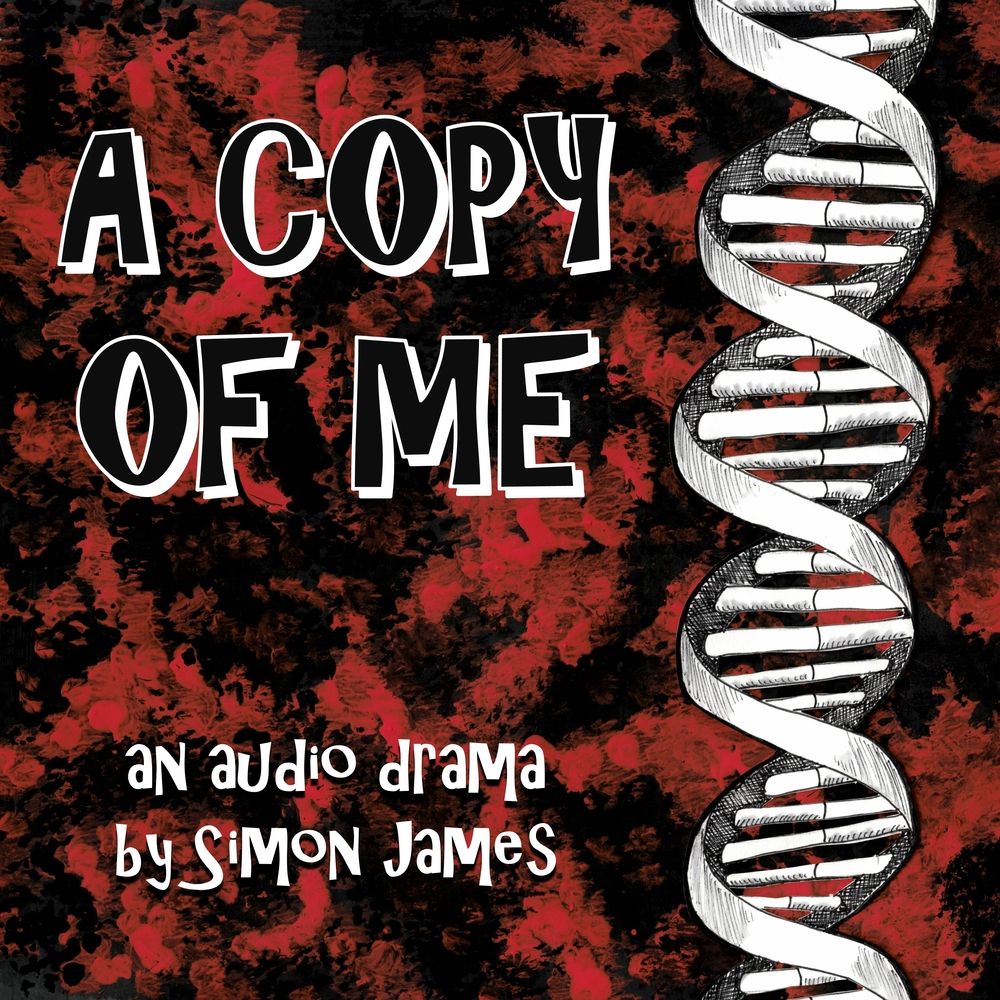 (This one’s a bit twisted – lockdown was getting to me…) Eve’s family loses yet another member when her twin sister is killed by her father’s genetically modified shark. But unlike their mother, who left long ago, this family member can be replaced – cloned back to life from old cells. Eve waits by the bedside to be the first to hear her resurrected sister’s voice when she wakes up – or at least, that was the voice she was EXPECTING to hear…

An experimental play where all characters are played by Ksenia Mangan. Recorded at ROC2 Studios in Wales and edited by James Hilditch.

Check out A Copy of Me on Spotify, YouTube and Apple Podcasts.

There you go, I hope you enjoy. People can tend to swerve radio plays, and I’m never really sure why - there’s unlimited story potential in tales you can only hear (my budget might not have stretched to clones, aliens and sharks if these had been on film). I hope you are still able to see those things just as vividly.

To close off, here's a couple of shots from behind the scenes: 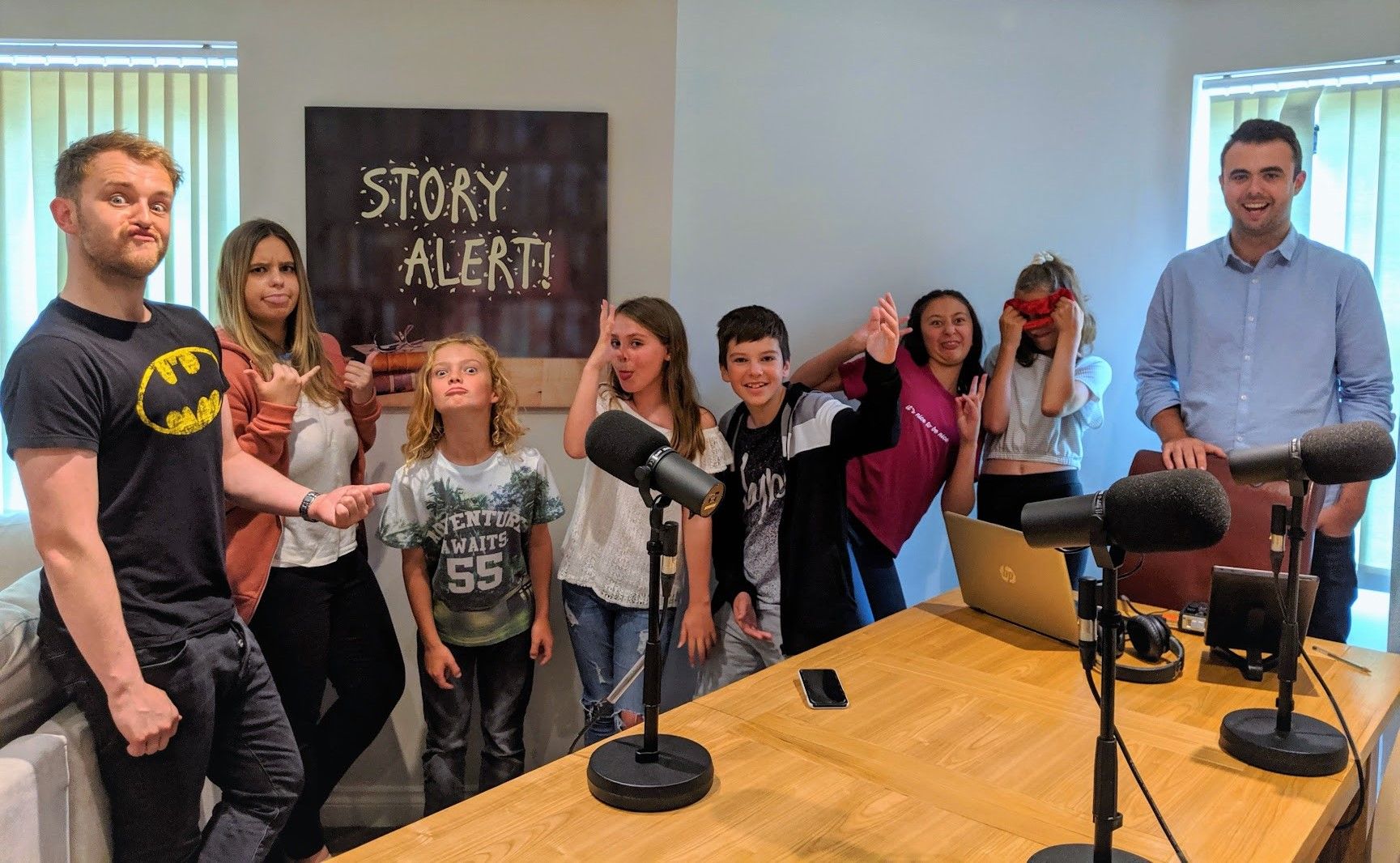 First recording day. Maturity all round. 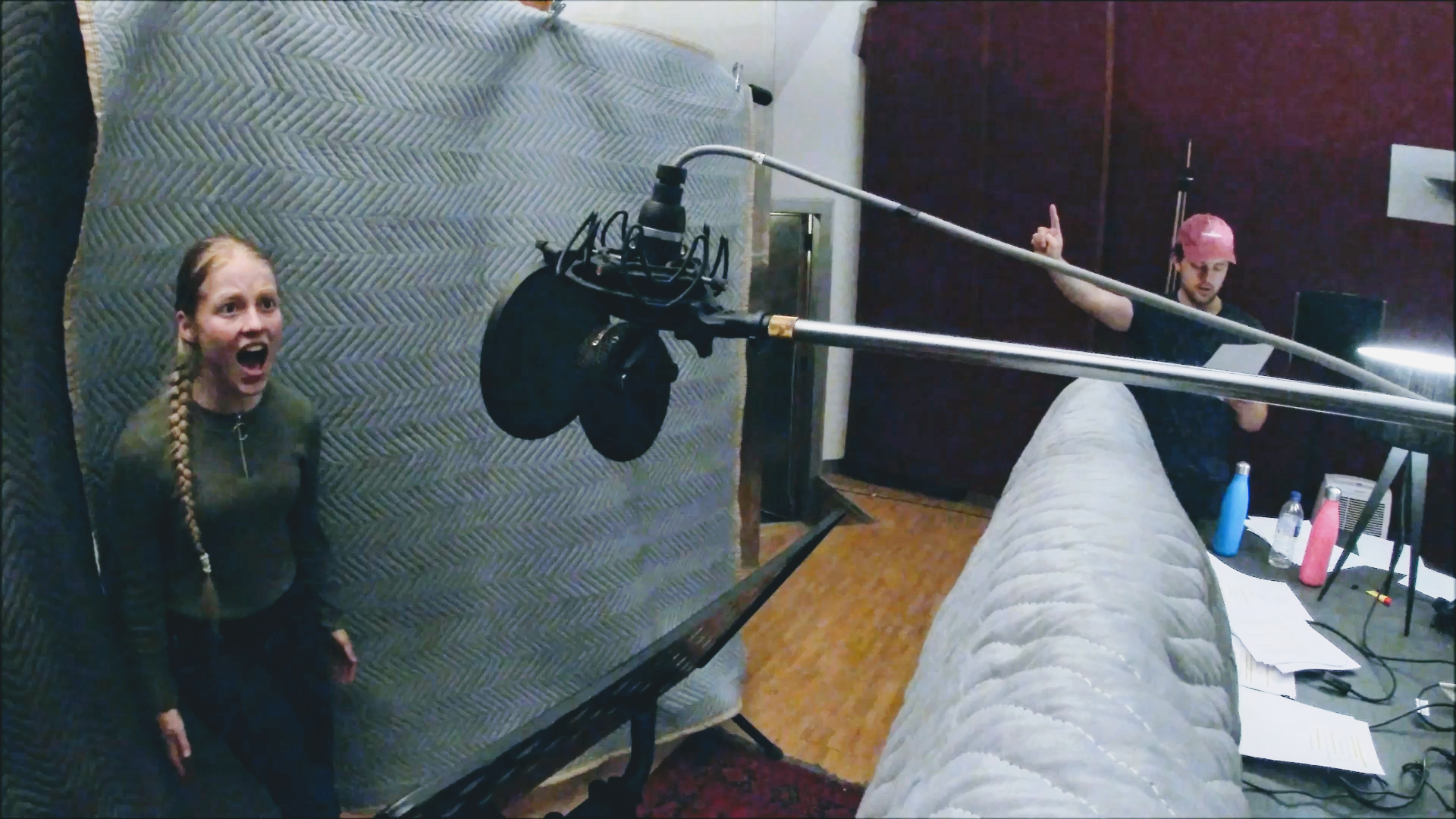 ROC2 studios. Yes, the cap is covering my lockdown hair…