...And in typical clickbait fashion, 'you won't believe what he said'! 'Announcement' is probably overstating it a little, but hey, I had to make 6 of these posts for when the site launched. Sue me.

And that's not to take anything away from the fact that the Master of Magnetism himself has indeed read some of my work. A fellow Northerner, Mr McKellen was giving a talk at my old university on Valentine's Day about living life as a gay man. Myself, and one of my very best friends who is still at the uni working on his PhD, couldn't have enjoyed ourselves more - Ian gave a wonderfully candid, accessible and sincere speech. Here's a photo I took of him in full flow: 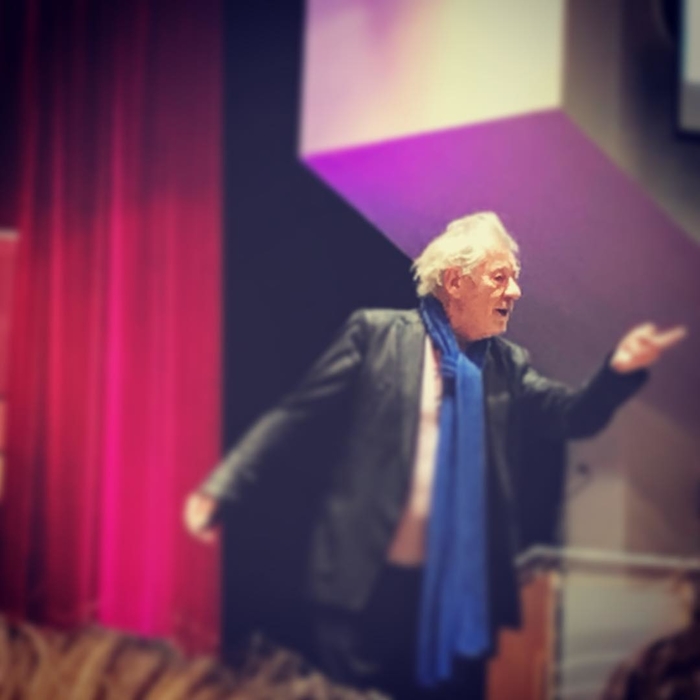 After the talk I was able to meet briefly with Ian, and (deciding to leave mutant chat for another day), told him about a new play I am currently developing: Long Live the Kings is a project which currently sits in my 'romantic political utopian comedys' folder, and focuses on a bond between two male monarchs.

As the Shakespearean seemed keen to engage with me in a conversation about the commonplace homophobic language which my play attempts to address, I sent him over the full treatment for LLTK the following day. He sent me the following back: 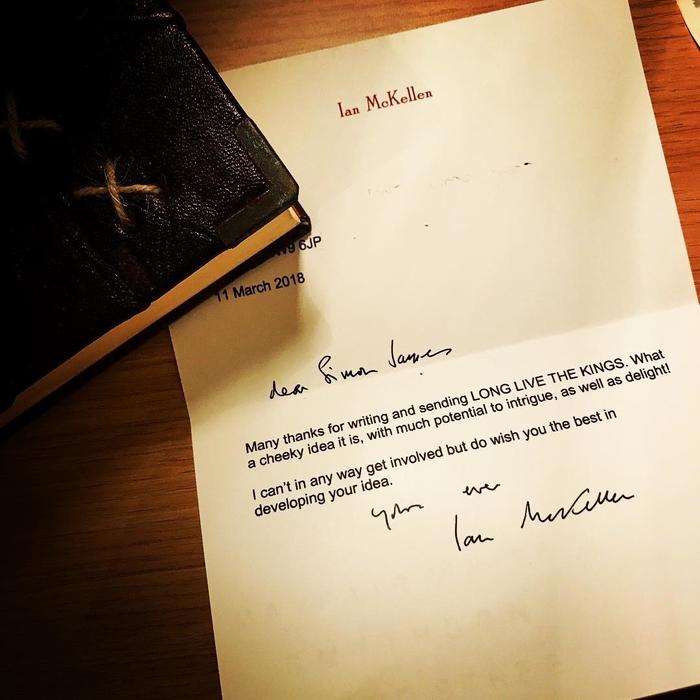 So it seems Ian's a little busy returning to King Lear to fit any more kings into his schedule, but what an honour to be sent such encouragement from one of the finest actors our country has produced. And if Long Live the Kings ever does reach production, we now have a nice weighty quote for the poster...