My first play 'of length' debuted at Barons Court Theatre last month, as part of the Actor Awareness Festival 2018. Barons Court have asked for The Toad in the Hole to return for a week in September, and who would we be to deny the people of Hammersmith what they want? But why have the theatre asked for more of the same, you ask? Because the people of Hammersmith loved it of course! Here's a video from the night, including thoughts from the audience:

For those who have been living under a rock (or, you know, in a hole), the play is about three primary school friends who have found themselves split onto different tables, all because of their teacher’s new ‘minibeast’ labelling system: they are now Butterfly, Moth and Worm. But while the trio are working out how the hierarchy of their new learning groups could have a negative impact on social order, there’s a much more immediate threat on the way, creeping ever-so-slowly from the corner of their lives. Will they spot it before it’s too late?

There are high levels of chuffedness that this is not a 'one and done' situation. I am so proud of this play, and I'm thrilled people think it has legs (albeit stumpy, slimy ones) to continue its theatrical journey and be enjoyed by more lovely theatre-goers. None of the above, it must be said, would ever have happened if not for continual support from Actor Awareness since their 'class' night at the start of the year, when the play began life as a 15-minute scratch piece.

The Toad in the Hole's new director will be Samantha Robinson, who has her own Wikipedia page WITH A PICTURE (#LifeGoals). I interviewed a lot of directors for this, but ultimately it was an easy choice: Sam really 'gets' what I'm doing with the script and is full of great ideas - I can't wait to see where she takes these characters I'm starting to get quite attached to. Said characters will be played by Valerie Antwi (Butterfly), Nicola O'Keeffe (Moth), Tom McNulty (Worm) and Clare Woodward (Miss Bailey). Our assistant director / show operator is Camille Wilhelm, and our lighting designer is Sam Thomas. 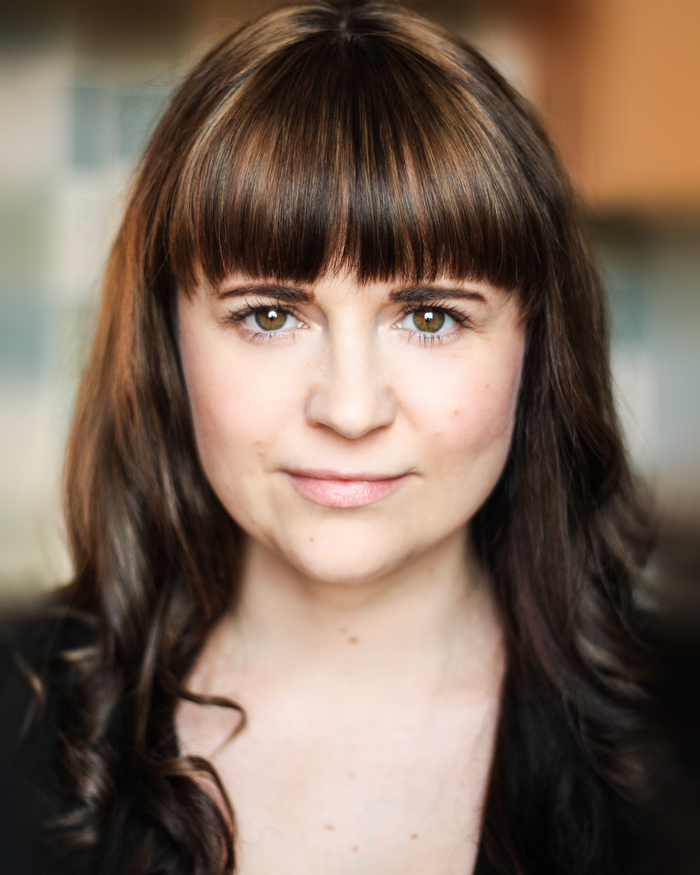 TTITH will run at Barons Court from Tuesday 4th until Sunday 9th September at 7:30pm, with an additional matinee performance at 2:30pm on Saturday 8th. You can tell how much business we mean just from the fact that we're on OffWestEnd.com. To reserve tickets, phone the box office on 0208 932 4747, or if you want to minimize human interaction as much as possible, email londontheatre@gmail.com with the performance you want to see and how many tickets you'd like. If you're a reviewer, drop me a line and I'll sort you out geezah. (The least you could do then would be to sort me out in return with a nice review geezah.) (Joking; you have a moral obligation to be completely unbiased in your reviews of each and every play you see.) (Which is fine by us, as this one's bloody great.)

If you're one of my northern supporters (hi Nana), don't give up all hope just yet - there are plans for our crew of minibeasts to hit the road in the near future. Along the way we're hoping to gather up a group of loyal fans on our brand new Twitter account... follow away: @TheToadPlay. Yay, that rhymed - still got it... 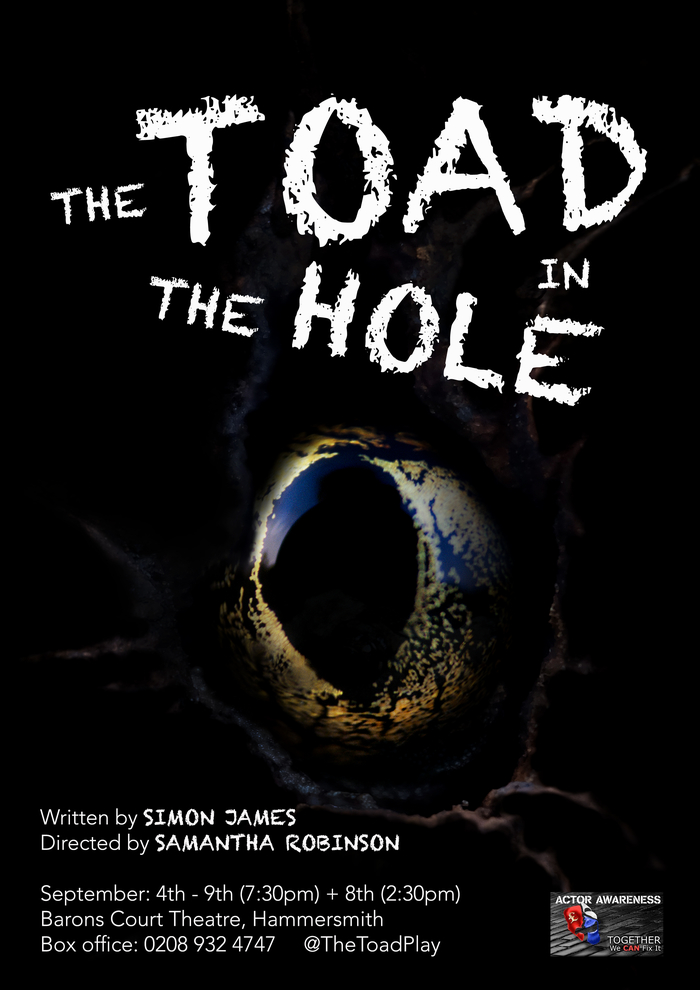